Based at the University of Auckland's Epsom campus since 1999, following 13 years as principal of Auckland's Penrose High School, Ann maintains the commitment to quality educational opportunities for lower-decile students that has been her life's work. She began teaching in the Eastern Bay of Plenty, then held senior leadership positions at both of the secondary schools in Otara.

During her years of principalship, Ann became convinced of the importance of community partnerships especially in mentoring, to enhance the life-chances of young people, so in 2000 co-founded the Auckland Youth Mentoring Association, which has now been developed into The Youth Mentoring Network.

Bill was Principal of Otahuhu College from 1985 to 2001. He then went on to coordinate the AIMHI (Achievement in Multi-Cultural High Schools) schooling improvement initiative from 2002 to 2006.

Since 2006 he has been involved in a variety of educational initiatives that have focused on school governance and management. He was Chair of the City of Manukau Education Trust (COMET) from 2008 to 2011 and he has also been a Project K trustee since 2001.

Joy was Deputy Director of the Starpath Project. She started her career in education as a geography and social studies teacher at Tangaroa College and has since held a number of senior management roles in mid-low decile schools, including four years as principal at Henderson High School in West Auckland.

Joy has a deep academic interest in the role of hope in the sustainability of innovation and change in education and, as part of a Research Fellowship with Unitec, produced a paper entitled The Life and Death of Change. She was also invited to be part of an international research team making a comparative study of middle leadership in schools in New Zealand and the United Kingdom. Recently, Joy has been actively involved in environmental education and has continued to support community work with an interest in youth mentoring, teen parent education and the issues of deprivation that create barriers to school attendance.

Steve has a strong commercial background with several General Management roles and being a previous director of Carpet Court New Zealand.

Steve is currently the Head of Product and Logistics at Flooring Brands and runs the associated importation business together with being the Tauranga based Waikato Regional Manager for Flooring Brands. 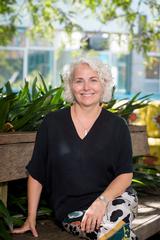 Dr Pat Bullen is a Senior Lecturer specialising in youth development and youth mentoring in the Faculty of Education and Social Work at the University of Auckland. Her research and teaching focus on the factors that contribute to thriving during adolescence, particularly during times of transition. Central to Pat’s work is how research can be applied to enhance the human condition, by informing policy and practice. She is also a Co-Director of Campus Connections Aotearoa a therapeutic youth mentoring programme for young people in alternative education. 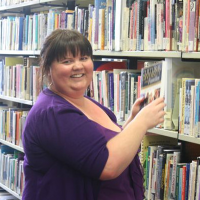 Hilary (Ngāti Tūwharetoa) is an academic, currently based in the College of Education, Health and Human Development at the University of Canterbury, who specialises in youth mentoring and youth development research. Her research interest is inspired by her own experience as a youth mentor, and focuses on the development of high quality mentoring relationships. She also has tertiary teaching experience in child and adolescent development and youth work.

Hilary works with the Aotearoa youth sector to build strong knowledge and research links between university and community. She has contributed to the NZYMN’s Guide to Effective and Safe Practice, as well as Ngā Tikanga Whānaketanga: He Arotake Tuhinga for Ara Taiohi. 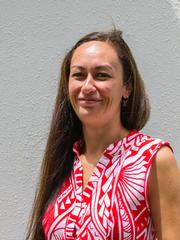 Michelle is an academic and a theatre- maker, she is also the Pasifika facilitator for the English online communities, a PhD candidate at the University of Auckland and a staunch advocate for the breaking down of stereotypes through performance. Her experience includes teaching both at secondary and tertiary levels, as well as Pasifika advisory rolls and she comes to us from her position as a Senior Leader in Creative Arts at Manukau Institute of Technology.

Michelle's research recognizes that as a lens through which young people view themselves, the world, and their place in the world, schools are a powerful means of either affirming or undermining positive cultural identity and self-image. In her new role, she is particularly interested in developing a pan- cultural understanding of leadership and in exploring the correlation between socio-economic barriers to equity in education and the lack of genuine cultural responsiveness in our school system. She is passionate about South Auckland, Pasifika Education and Theatre for Change and is proud to be the Creative Director of Polynesian theatre company- the Black Friars.

Chris is an experienced educator who has worked extensively in New Zealand, Asia, the UK and the Gulf States. He is currently a General Manager at Cognition Education, an international consultancy focused on educational thinking design, and impact. In this role he has responsibility for planning, implementing and reviewing diverse schooling improvement and learning projects. Prior to this Chris has worked in a variety education related roles including time as an international contract manager, curriculum advisor, school management advisor, associate principal and teacher, author, and facilitator.

He has presented widely at national and international conferences including the International Congress on School Improvement and Effectiveness. Chris has had a number of books published including titles in curriculum planning, behaviour management, and assessment. His interests are in schooling improvement, knowledge management, and innovation in education. Chris is also a board member of the New Zealand Middle East Business Council.

Nathan has spent the last nine years as a lecturer at Canterbury University, a neuroscience presenter for Brainwave, and as a Child Protection trainer.  He serves on other  Boards in addition to Brothers and Sisters, including Brainwave and Cholmondeley Children's Home.

In addition to being a father with a history as a foster parent, his professional background is in child counseling, teaching and social service  management.